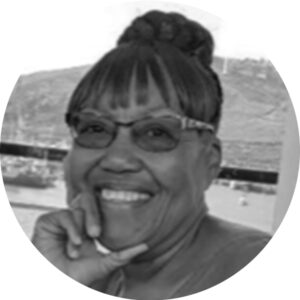 The New Testament is a collection of Christian words written in the common Greek language of the first century, at different times which was of the Eastern Mediterranean from the conquest of Alexander the Great (335-323 BC) until the evolution of Byzantine Greek (c. 600). All the words which would eventually be incorporated into the New Testament would seem to have been written no later than around AD 150.

The New Testament is a story already in progress when the reader begins at its beginning with Matthew even though Matthew was not the first New Testament book written but because of the chronological order.

In this eight-week period, we will journey through an overview of the last two gospels of the New Testament: Luke and John.

Matthew, Mark, and Luke are called Synoptic Gospels because they have the same point of views with regards to the life of Jesus. John is part of the gospels, but he placed emphases upon the important words:” Signs”, “Believe”, and “Life”.

Luke was a physician and companion of Paul and was not one of the original twelve. He wrote two volumes in the canon: The gospel of Luke and Acts. It presents the spotless life of Jesus Christ. Luke wrote primarily to Greek readers, he identified Jesus as the Son of Man; “the ideal man, perfect man”. Luke’s focus was on parables, prayers of Jesus and His interest in mankind, carrying the full ministry among the people of Palestine.

The gospel of John, written by the disciple himself. He brings to a climax the full purpose of God in Christ (His deity). In all the preceding three Gospels we have learned what Jesus was and now John presents the completion of who He was. John reveals Jesus inwardly; his divine nature, the God-Man. John also focus on the Messiah’s private conversations and thoughts.

The goal of this course is not just to become better acquainted with the gospels, but in a greater sense, to fall more in love with Jesus and build the kind of relationship with Him that can only come through learning to hear and follow His voice. Jesus wants us to be His true friend.